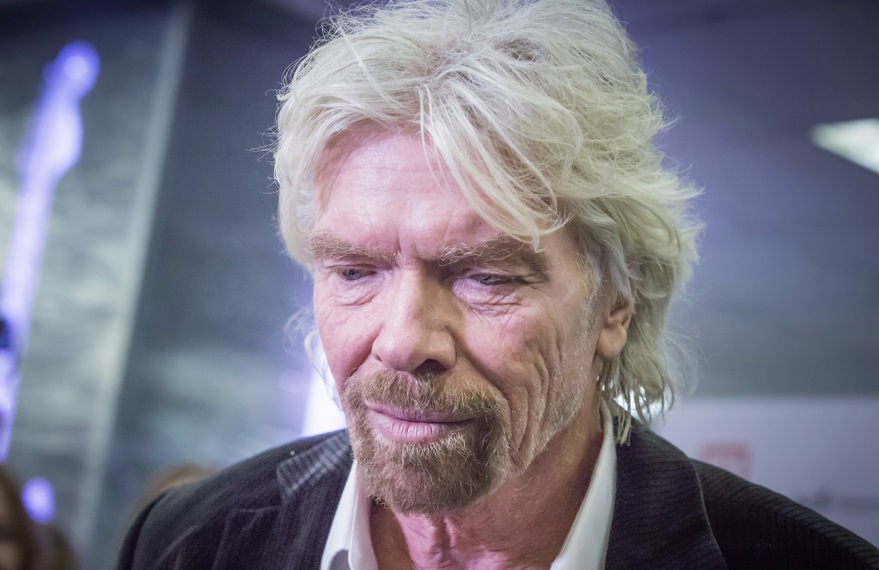 Way back in the timeline of this pandemic – you know, just a few weeks ago – it was Sir Philip Green, Mike Ashley and JD Wetherspoon’s Tim Martin who were the Covid villains in the business community. Who would have thought that everyone’s favourite billionaire, Richard Branson, would be the focus of such criticism today?

And not just from business rivals like Willie Walsh, Michael O’Leary, Duncan Bannatyne and Simon Cowell. But Conservative politicians, analysts and pro-business media outlets like the Financial Times, Forbes Magazine and Management Today.

This is a media training case study that begs to be written. Why has it happened? Will it cause long term damage to his personal reputation and those of his businesses? And can the tide be turned?

At the heart of the media’s current interest in Branson is his battle to save the Virgin Atlantic airline in which he has a 51% stake. While unprofitable, it is arguably his most iconic business and the most representative of his personal brand (entrepreneurial, innovative, disrupter and fun).

But that asset is dwindling fast in the face of travel lockdown and criticism from the media and other stakeholders. The media has painted a picture of a British billionaire tax exile asking taxpayers for a £500m government bailout loan and asking Virgin airline staff to take eight weeks’ unpaid leave before then sacking over 3,000 of them.

Unfair or not, this narrative has overshadowed his eventual decision to inject $250m of his own money into supporting his businesses at this time and Virgin Atlantic’s medical supply flights. His statement that he would offer his Caribbean home of Necker Island as collateral for any government loans drew derision and the sharks scented blood when he announced plans to sell some of his stake in space company, Virgin Galactic (his most valuable business) to raise money.

With more detailed media scrutiny and criticism of the airline’s business model, debt levels and management, along with reminders of other businesses that failed (Virgin Cola, Virgin Cars, Virginware anyone?), his reputation as a successful entrepreneur is under attack. So few failures among the 400 companies he has launched is immaterial; Virgin Atlantic is the big one. As Warren Buffet has said, “Only when the tide goes out do you discover who’s been swimming naked”.

Branson will be all too aware that the royalties paid by others for using the Virgin brand (including airlines, gyms and broadband) will be threatened if the brand is tarnished (and just when Virgin Mobile may disappear too as it merges with O2). So it is no surprise Branson is desperate to avoid Virgin Atlantic’s collapse.

And where is Branson to be found on the media battlefield? In his bunker, writing and tweeting blog posts, bypassing (hiding from?) those pesky journalists with their difficult and insolent questions. No journalist has been able to challenge him directly; the public has not had his version of the truth ‘verified’ by the independent scrutiny of the media.

Generally speaking, Branson has never been an engaging and compelling media interviewee (for example see this CNBC interview following the stock exchange listing last October of Virgin Galactic where more questions are asked of the engaging and compelling Galactic Chairman, Venture Capitalist Chamath Palihapitiya, than Branson). He has always preferred PR stunts and publicity shots to face-to-face journalistic probing. He clearly prefers the topline to the detail; his speech is hesitant and his body language nervous; his messaging is often unclear.

But that is about the importance of preparation – which is what media training is all about; identifying the engaging and compelling story and then telling it with passion, conviction and authenticity. His 20th April letter to employees is a basis for that. While a little tetchy in places, it was a strong defence of himself and his various businesses and it lavished praised on his staff (whom he clearly genuinely admires and who seem to adore working for his brands).

If ever there was a time to come out fighting, to remind the public and others of why they love him, to back his personal and business brand, to garner public and stakeholder support for his plans, then surely this is it. Hoping that journalists will not feel so affronted by his unwillingness to engage with them that they will publicise his blog posts sympathetically and uncritically is a big ask.

Come on, Richard. Get across the media and help us fall back in love with you.