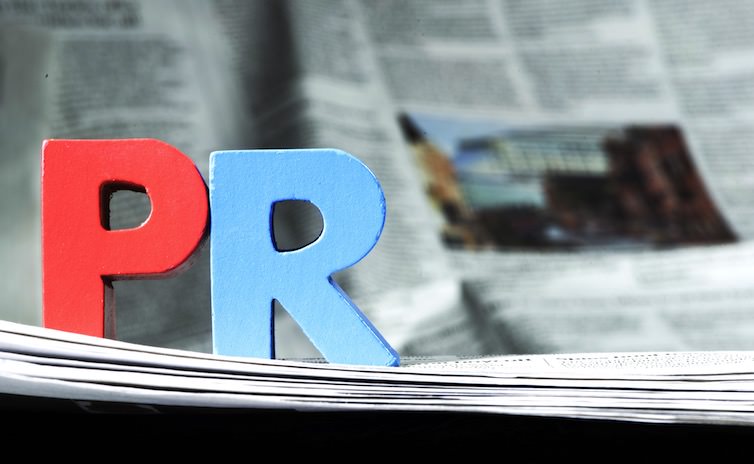 “December 10th is Public Relations Day” wrote Anthony Sampson is his famous 1962 book ‘Anatomy of Britain’ – an exploration of the workings of the British state and other major social institutions.

“Every year, 300 or so delegates from the IPR come to the Festival Hall to celebrate their trade, and men with double-barrelled surnames come up to the platform to discuss their problems.” It is clear to me now that with my own double-barrelled surname, I was destined to be part of this industry. And so it has been 30 years in PR and media training.

Would you have been the right kind of chap to be in public relations in 1962? (Women need not apply)

“The aristocrats of the profession are independent practitioners, often called ‘consultants’ who work in a more personal way. They have firms of their own with plush offices in the West End. They work among chandeliers and marble mantlepieces, telephoning, entertaining, introducing, arranging, conciliating, explaining – lubricating the wheels between corporations and the public.

“They are the new diplomats of British society: they have the suavity, the social poise, the adaptability and flexibility of diplomats, and a sprinkling of titles and double-barrelled names.

“They cultivate an old fashioned, long established atmosphere: they wear stiff collars and dark suits and sit in Regency offices. By operating through clubs, school ties and old boys nets, Public Relations can and does take over traditional networks. Public Relations is a lucrative field for the old boy network and the public school proletariat.”

Even then it was all about reputation management

Sampson notes Malcolm Muggeridge’s quote that public relations is “organised lying”. And that the trade had ‘an appropriately disreputable beginning’. America’s first PRO, Ivy Lee, was employed by Rockefeller in 1914 to explain away the massacre of strikers in Colorado; in 1934 Lee was found to be acting as PRO to the Nazi government. Sampson wrote how at the 1960 IPR conference, two double-barrelled gentlemen, R.A. Paget-Cooke and Alan Eden-Lee, were ‘deeply concerned about the public face of public relations’. So nothing much has changed.

In the UK, Basil Clarke is considered the founder of modern PR, having established the first PR agency, Editorial Services, in 1924 (and by the way, a shout-out for Richmond Towers which is the UK’s oldest PR agency having been founded in 1930). But Sampson credited John Elliot. He joined Southern Railway as a PR assistant to the General Manager in 1925 and ended his career as Chairman of Thomas Cook. So to those who complain about a lack of advancement up the corporate ladder for PROs, see – all is possible. 2019 proved to be a difficult year for PR at Thomas Cook!

And how does a PR chap do it?

“The PROs have become part of the daily machine for manufacturing news: behind every issue of a newspaper lie their contraptions – the handouts, outings, free trips, press conferences and fashion shows. Journalists oscillate between the undoubted agreeableness of the PR men’s blandishment – the plane trips to Athens, the lunches at the Connnaught, the ready-made photographs and printable little stories – and an uneasy sense of dependence and obligation. Women journalists are uncomfortably aware that, but for the PR machine, the whole calendar of fashion news would collapse.”

And to finish his chapter on PR, Sampson wrote:

“The public relations men are comfortably aware that, after their years of tribulations, the future is theirs. ‘How splendid it will be for PR wives”, wrote Eric Williams (who works as the PR man for McCann-Erickson). At last, without uncertainty, evasion or embarrassment, they will be able to reply quite simply (even without a slight soupcon of status?) to the neighbourly query about their spouses’ occupation: he is in public relations. And there will be a smile of instant mutual understanding…’”

Should You Call Yourself a PR ‘Professional’?