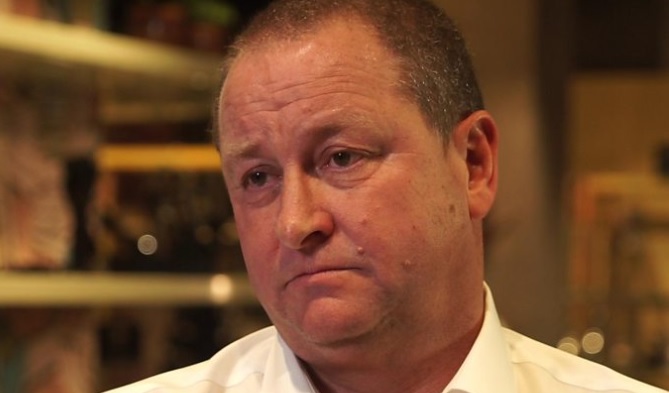 If only billionaire entrepreneur, Mike Ashley, would agree to some media training from Electric Airwaves. Then maybe he would avoid making unnecessary gaffes, tell a better story about himself and see his reputation improve. He once told a Parliamentary Committee that he considered himself “untrainable”. But that’s a state of mind not of being – and I suspect that deep down he does care about his reputation.

For the last couple of years he has been under fire for his business practices from the media and trade unions. And now, he has been specifically targeted by Jeremy Corbyn as a ‘bad boss’ who exploits his workforce (and for good measure accused him of running Newcastle United into the ground).

Ashley responded as if he was in the school playground, calling Corbyn ‘not only a liar but clueless’. Instead of rejecting the specific allegations, Ashley chose to ask why politicians didn’t probe what he regards as inappropriate actions by the management of companies in which Sports Direct held and lost its equity stakes.

By failing to rebut Corbyn’s accusations, audiences were left wondering if they are true, and by seemingly focusing on his own monetary self-interest he reinforced Corbyn’s central message.

Ashley has tried to soften his bad boy image of late but not very well. Take this BBC interview in September, after an investor rebellion at his AGM against his reappointment as a Director. It demonstrates what he could learn in an Electric Airwaves media training session.

Opening with “what you guys don’t realise is that …” is a mistake. First, it puts the journalist’s back up – he’s attacking them; secondly, he’s talking to the journalist, not to the audience; and thirdly, he forgets that audiences generally view the journalists as impartial and putting to him questions on their behalf to which they want answers.

He also uses jargon – terms like ‘elevation strategy’ (he doesn’t explain what it is) and ‘consumer’ (audiences think of themselves as ‘customers’ not ‘consumers’ which is a marketing term).

And it’s a pre-recorded interview – he’s not thinking about his audience or that the interview will be edited down. He has clearly talked earlier about what is happening in Leicester and what his elevation strategy is, but it has been edited out. So he needs to make sure that every time he uses a piece of jargon or Sports Direct-specific phrasing, that he provides a concise explanation of it.

In our media training session, he would learn that you need to have one key message, articulated right up front and to which you constantly return so that it is clear to journalist (in a pre-record interview) and the audience that this is what you want them to understand. The interview is about whether his buying up of high street brands is the right strategy.

His best answer – and the one he should have led with – is about being wanting to be the big fish in a small pond (which is what the headlines led with proving that it’s a good line) but he doesn’t lead with it. His other nice phrase was his rhyming faith in ‘bricks not clicks’ (although he needs to say why that is rather than saying he doesn’t understand clicks which makes him seem like a dinosaur and runs contrary to the prevailing belief that online is pushing out bricks).

But most of all, he’s not framing and contextualising the interview with an over-arching, emotionally engaging core story – one that plays to the instinctive British support for the underdog and fair play. That he’s an ordinary bloke done good, doing what he understands best but sometimes getting it wrong (and by implication asking for the audience to forgive his rough edges).